Cleaning the self-watering seed tray need to be done with enough caution. Even for best cleaning, you need to be detailed and thorough. In order to clean the plant starter trays properly, follow the instructions.
Firstly, it would be better to ready the buckets. Take 3 buckets. Fill one bucket with clean warm water. Fill in other bucket with 1-part bleach and 9 parts of clean water. Then, fill the last bucket with water mixed with soap.
Then, take your seedling tray and shake it to remove any residue soil from it. Use a brush to get rid of excess old soil.
Afterwards, soak the dirty trays into the clean warm water bucket for some times. There might be dry soil stuck at the bottom of the cells. Warm water would help you get rid of the dirt. After roughly 15 minutes, take the trays out. You need to change this batch of water. Rather than wasting this water, you can water your plants with this water. Then, fill in this bucket with more clean water and set it aside.
Next step is to soak the seed trays into soap water. You can use any type of liquid
dish washing soap or your laundry soap for it. Soak the trays into the soap water.
Now, after 5 minutes of soaking, scrub the tray and each cell with a brush. Make
sure to get rid of any dirt from the tray. Then remove the rays from the bucket.
Now is the crucial part. Take your third bucket of bleach water. Now dump your
clean trays in to the bleach water solution and leave it for about 15 to 20 minutes. This is most important because it is the time for disinfection. Bleach helps get rid of any germs that grew in the old soil.
Finally, take your tray out. Then, give them a rinse in the clean water. Pat them dry with a paper towel. And you are ready to use them again!

Things to Keep in Mind While Cleaning the Seedling Trays

What Is Damping Off of Seedlings?

For your desired plants, you first sow a seed. Then over the course of a few days or weeks, you water the seeds and with a bit of luck, the seed germinates. You get the plantlet but the next morning you see that your seedling has collapsed out of nowhere. This sudden dying of your newly grown seedling is called damping off. Almost all of us has seen our dear seedlings dying at least a couple of times in our lives. It is saddening how our days of hard work dies without any reason.
However, this damping off does not happen without any reason. It is a disease of
the newly grown seedlings caused by some fungus and melds commonly. If your
seedlings from the seed tray is dying as soon as it rises, there might be some
uninvited guests there.

Why Damping Off Occurs?

Damping off is a rather common phenomenon. But many people do not think it is
caused by some disease. Rather they think it is caused due to their negligence.
However, the main reason is always the fungus or mildew. So, how does these
contaminate your seedlings? It is really a mystery to many gardeners. If you are into gardening for some time now, you should probably know why this happens.
Damping Off is a soil born disease also caused due to blights along with other
fungal contamination. It occurs due to using contaminated soil or old soil for
replanting new seeds. Especially if you are using seedling starter trays, damping
off should be more common. Old soil seems to remain stuck at the bottom of the
tray. After some time, these soil gets contaminated by different fungus and mildew.
When you add more soil on top of the contaminated soil, the new soil also gets
affected easily. When you plant your seeds into that soil, the seed gets contaminated slowly and when the seedling comes out, it dies suddenly. As the
initial seed itself was contaminated, the seedling has a little immunity and vigour to fight off the fungus. Not only a seed tray, even if you put your seeds into old
soil, there is high risk of damping off.
Sometimes, due to not enough warmth and sunlight, the soil becomes prone to
fungus attacks and the seedling damps off.
Therefore, it can be said that damping off occurs due to contaminated old soil.

How To Prevent Damping Off?

In order to prevent Damping Off of your seedlings, keep the following points in mind.

Why Cleaning Self Watering Seed Trays Are Important?

Self-watering seed trays can be a very useful tool. It saves our time and also takes care of our seedlings. But if it is not cleaned every once in a while, it might cause a disaster.
Firstly, you would need to face a lot of your seedlings dying. Without a properly
disinfected tray, the seeds in it would get contaminated and eventually the seedlings would collapse. And you surely don’t want that to happen.
Then, if you do not clean the trays, you may face other severe complications. For
example, you may carry different other soil borne diseases to the new crops. This
would be a total menace for your garden.
Therefore, for the sake of proper re-use of your trays, they must be cleaned and
disinfected.

How To Take Proper Care of Seedlings?

Only growing out the seedlings is not the end of your tasks. Now the hard part of
maintaining them remains. In order to let the seedlings, grow into healthy plants,
you need to take a few steps.

1. Plant the Seedlings at a Proper Distance

One mistake many of us do is crowding our seedlings. But this has very adverse impact on the seedling’s growth. They do not get enough nutrition from there and tend to die out. So, try to plant the seedlings thinly. And you can take a look at my blog post about seedling trays here!

Best plant starter and plant growing trays every gardener must have!

2. Expose the Seedlings to Sunlight

The matter of watering is very crucial. You can neither overwater nor underwater the seedlings. They need to be watered just right. Do not water the new seedlings daily. Excessive moist environment induces damping off of seedlings. Water them every 2 or 3 days or when the 2 inches under the surface is dry.

Use a great soil start mix. Usually, if you use one, you do not have to worry about extra nutrition. But occasionally, you can use compost. After couple of days of transplanting the seedlings, using liquid fertilizer mixed with water seems beneficial.

5. Keep the Weeds Away

Weeds along with your seedlings are very harmful. Weeds tend to take part of the nourishment of the seedlings. Thus, the plants suffer from lack of nutrients and become week. So, take steps beforehand. Mow the land well. Pluck out the weeds by their roots.

How To Keep You Plants Healthy?

Rather than running around all these tricks and remedies isn’t it more convenient
if your garden never faces any complications? That is why I am here! I would give
you some expert tips about How I keep my garden healthy and vigorous! You can
take a look at my blogs about gardening and gifts for avid gardeners here!

How To Water Large Indoor Plants Without Making A Mess

Firstly, you need to be careful while choosing the plant. Whether you are growing
your own seedling or maybe getting a grown plant, be sure to check for its quality. Be sure to choose a disease resistant variety.
Then, after transplanting the seedling to your main garden, make sure to keep it
nourished well. Use fertilizers and compost on a regular gap. Moreover, don’t forget to water it timely and be aware of any moisture stress. You can use an Irrigation controller too! Check my previous review about some of the best Irrigation System Controllers for better opinion.

Clean up the garden on a regular basis. Don’t let any weed grow among your plants. Also be sure to prune your garden time to time. Further, you should take
precautionary measures against the parasites.
Also, if you want healthy and lush plants, you should choose a sunny spot for your garden. If you are growing plants in your house, be sure to give them sunlight every day. Don’t be afraid to use artificial lighting as well. You can use dark plastic wraps during winter to keep your babies warm.
Therefore, if you follow these few simple steps for your garden, you can have
always had a good garden.
Gardening is not a very easy task. In order to have a healthy garden, we need to
follow some rules. We also need to be regular in watering and taking care of the
garden. For us gardeners, there is not a day off. We need to keep the garden
nourished and make sure that no disease struck the garden. For having healthy
seedlings, the germination process needs to be controlled. Thus, we use self-
watering seed trays. But if they are not cleaned properly, the seedlings may catch some diseases. That is why it is crucial to clean the self-watering seedling trays properly. 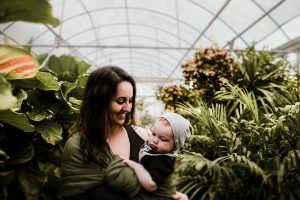 Hello!
Mary Smith here, I am a founder of best gardening gifts ideas, I am an avid gardener myself. I have a lifelong love affair with gardening and yard tools.
As a gardener myself who loves to re-arrange the plants and adds new plants and ornaments every year. I am an enthusiastic and energetic spirit, ready to welcome change, eager to experiment. In my opinion 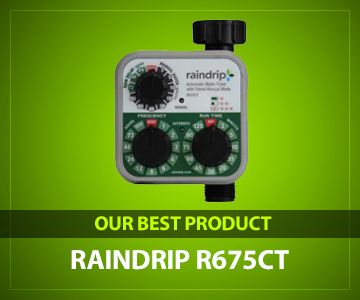 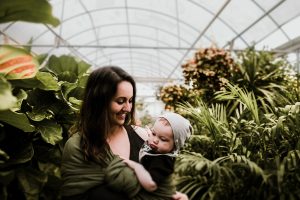 Hello, i am Emma Smith

I am a professional gardener for almost 10 years of experience and a horticulture degree. For me gardening is a passion, once you get a habit of taking care of plants then you wouldn’t cut lawns but instead you nurture them. For me Gardens are haven a place for Joy, repose &amp; beauty. My mission is to help you guys whether you are a beginner or expert to become a better gardener.

Stay tune to learn about some exciting gardening tools ideas, tips n tricks  and best gardening gift ideas for your loved ones.